Graeme arranged for us to play against each other in two singles leagues, to be played on Monday and Thursday mornings from 10 - 2 (two sessions).

Click below (left or right picture) to see the schedules of the Monday and Thursday leagues.

For league tables and rules see underneath. 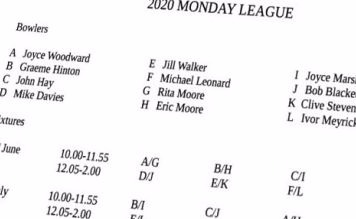 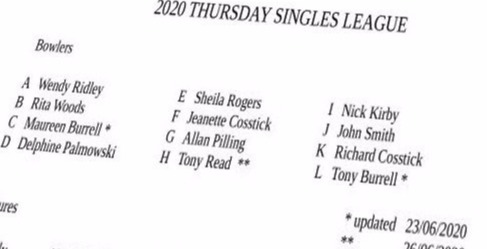 Click the button at the right to see the final results... 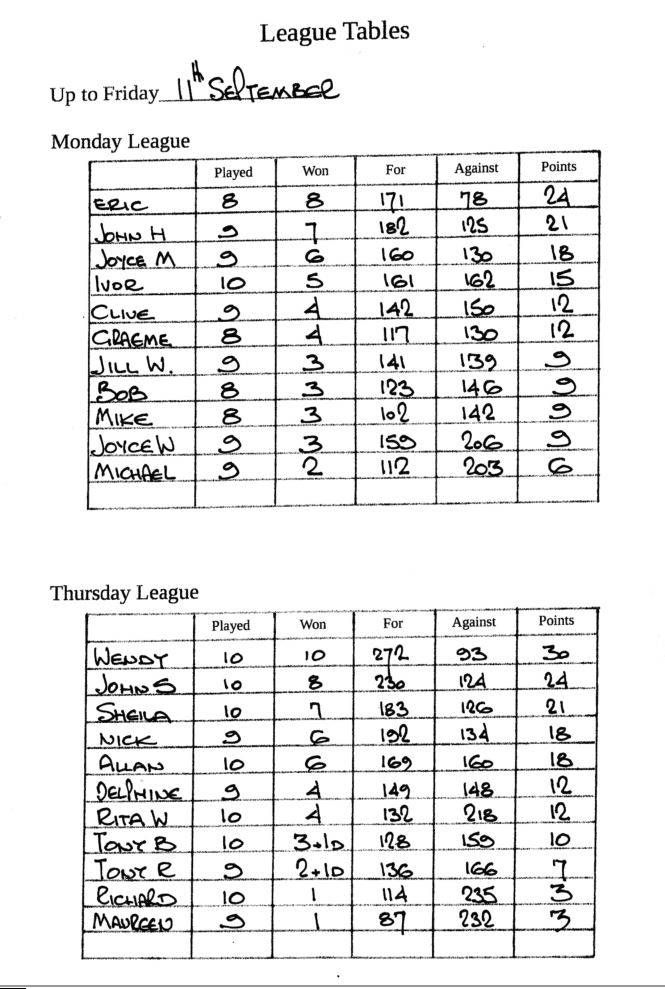 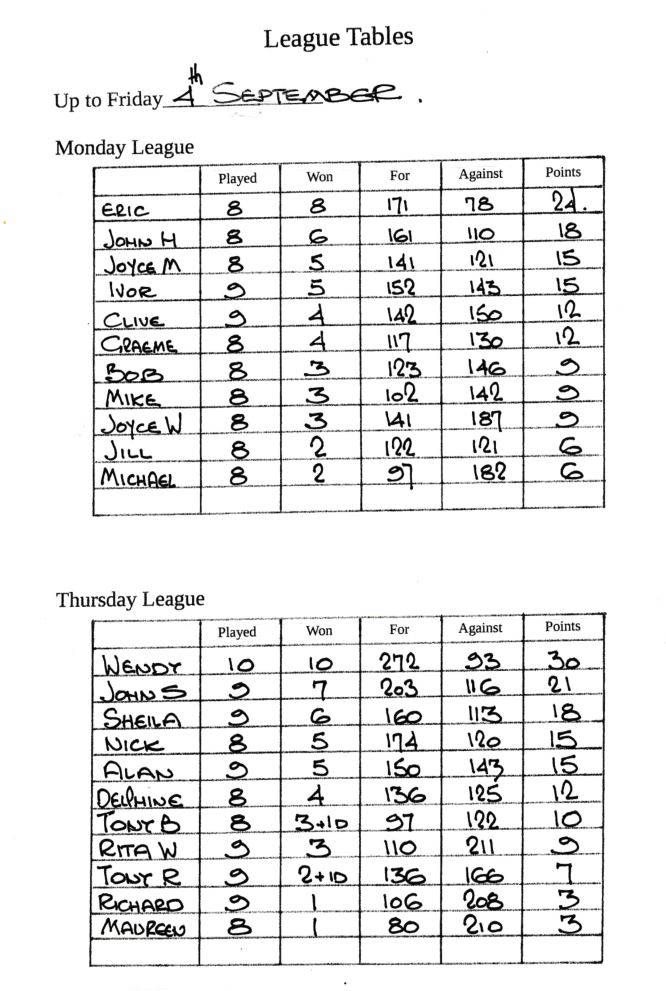 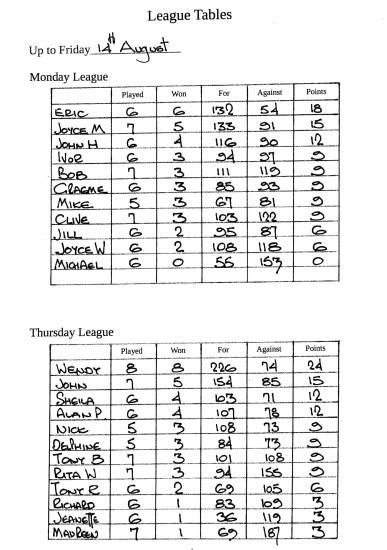 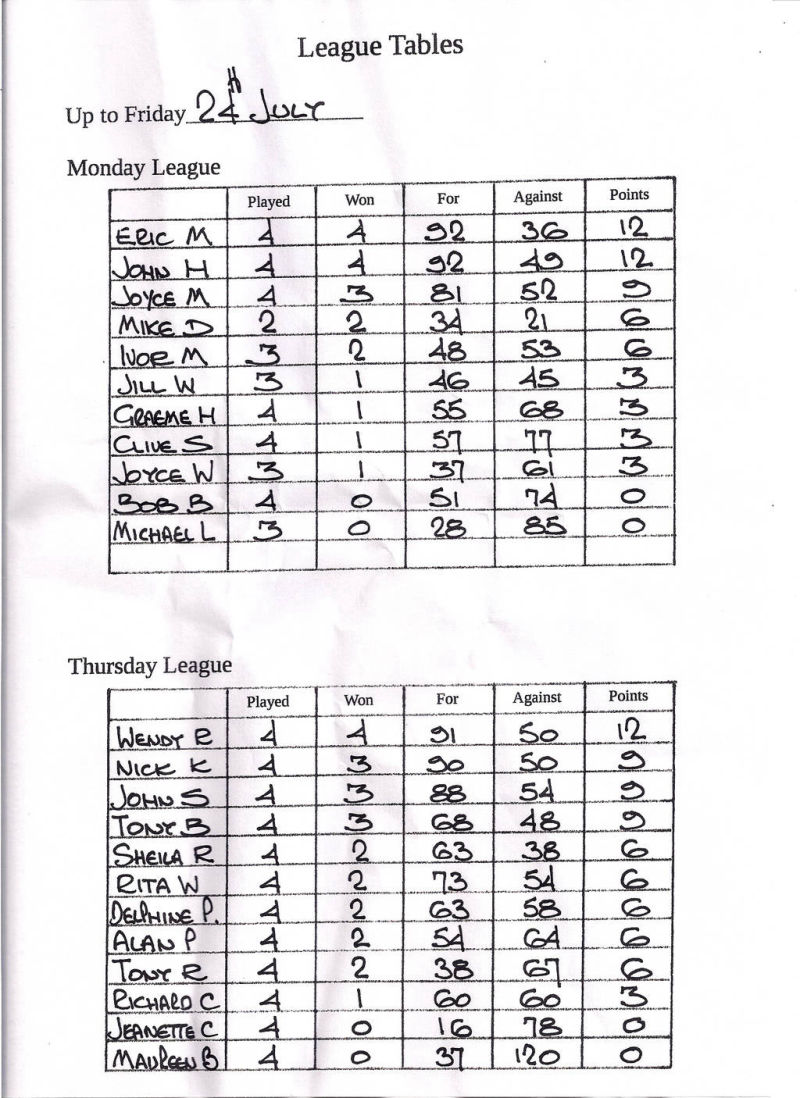 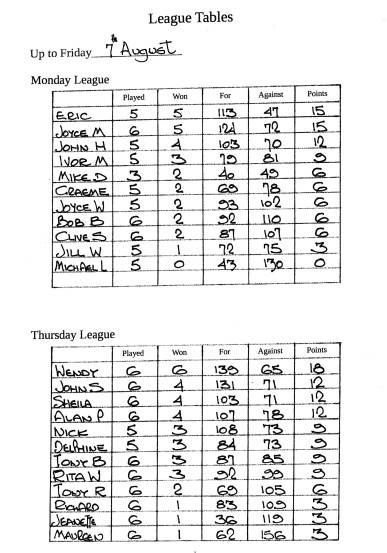 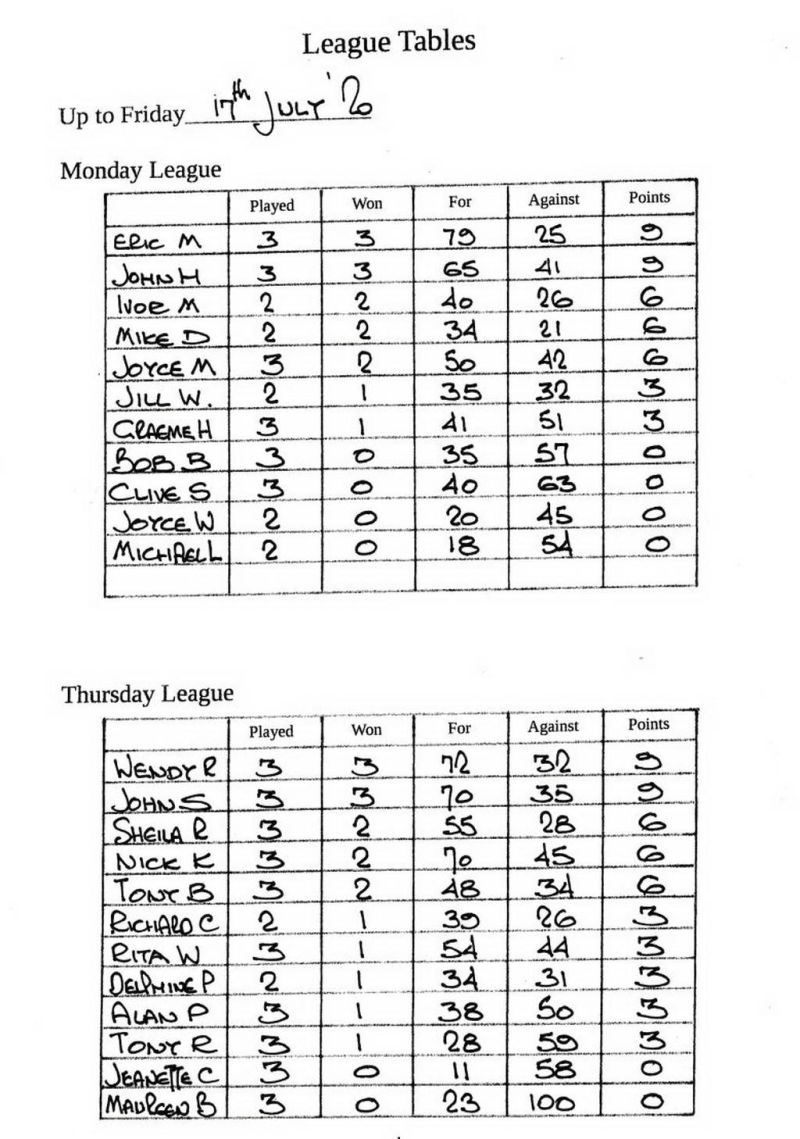 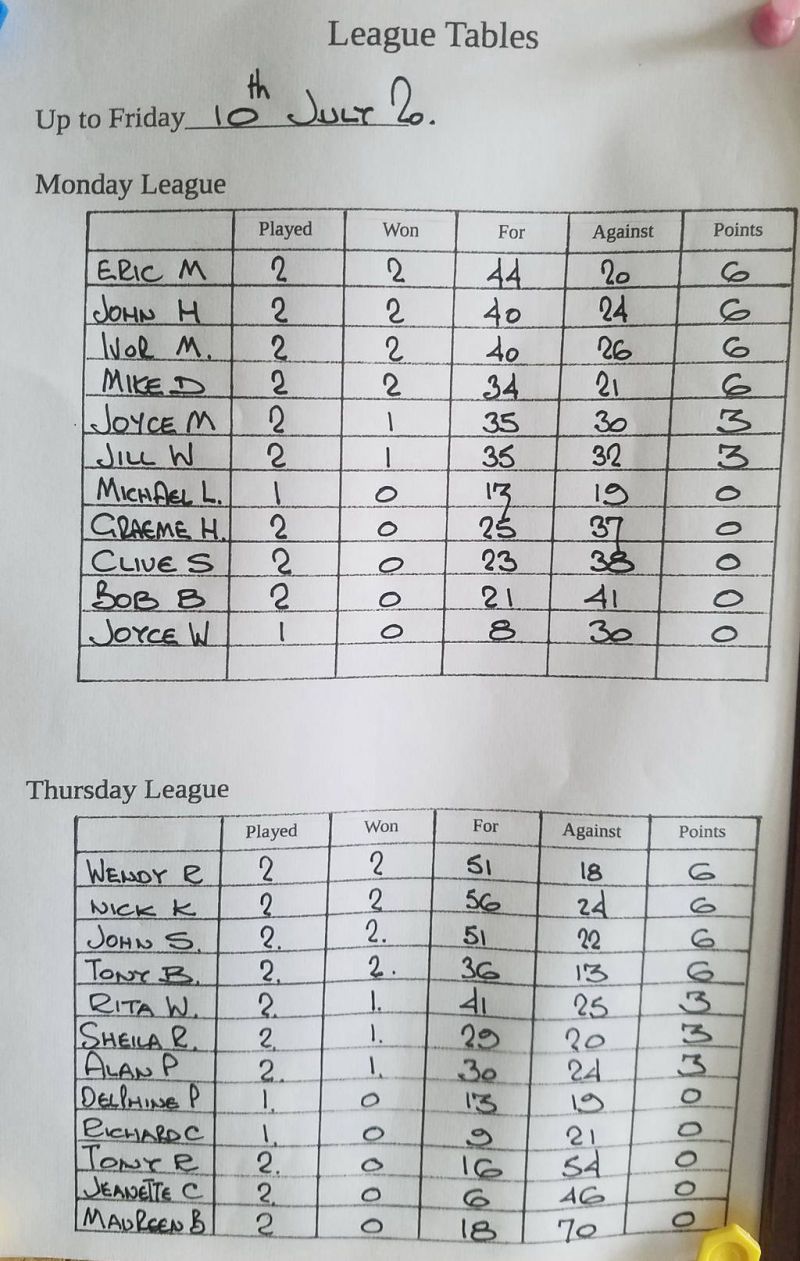 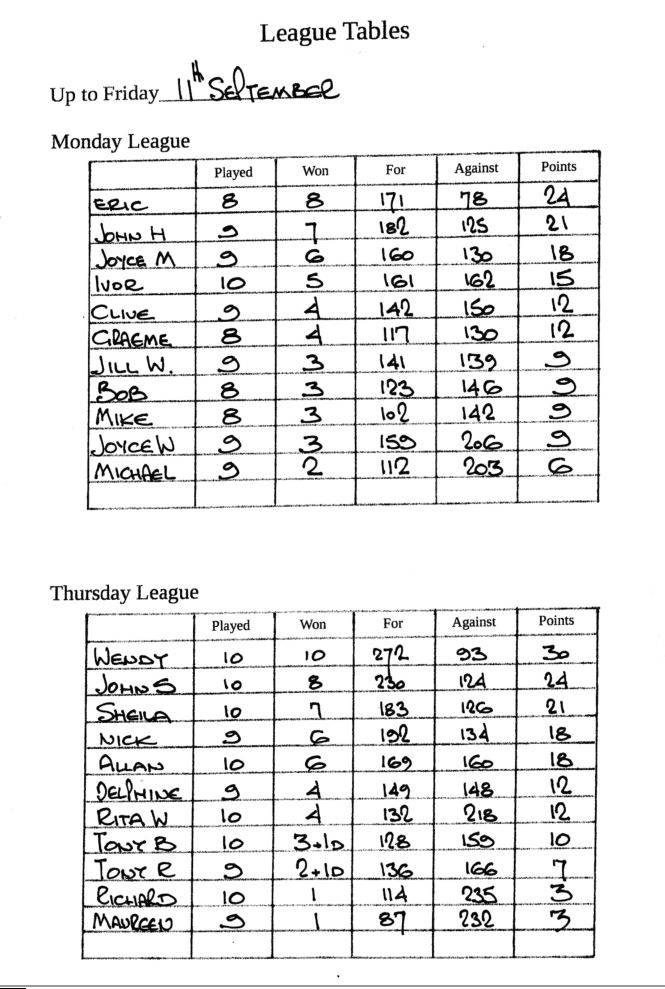 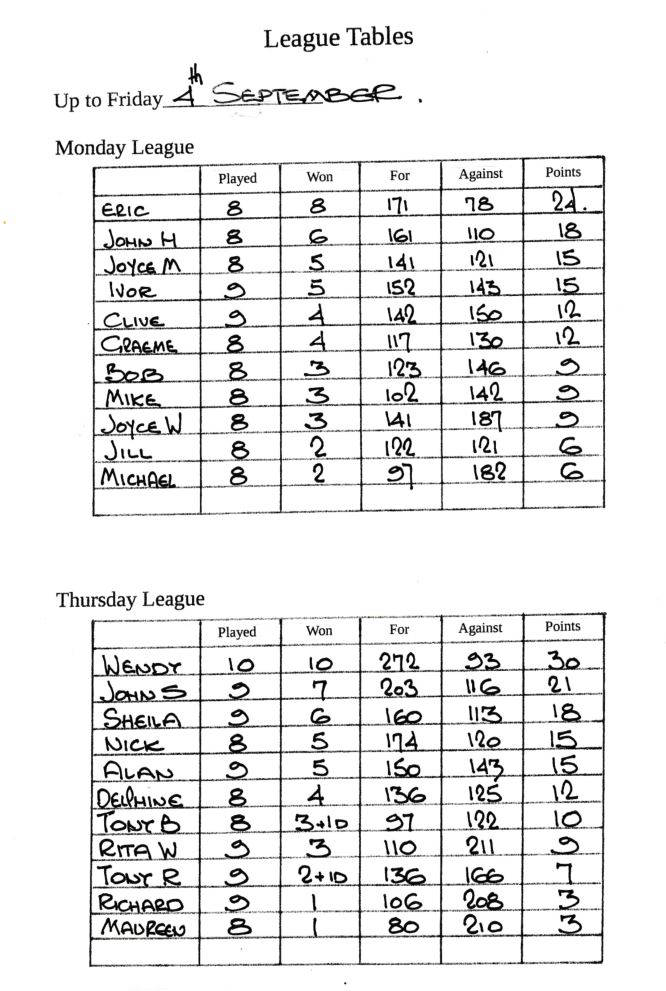 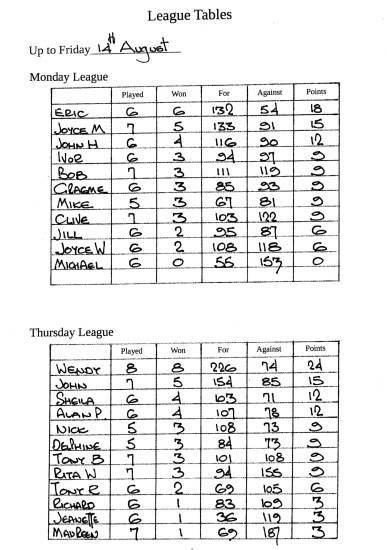 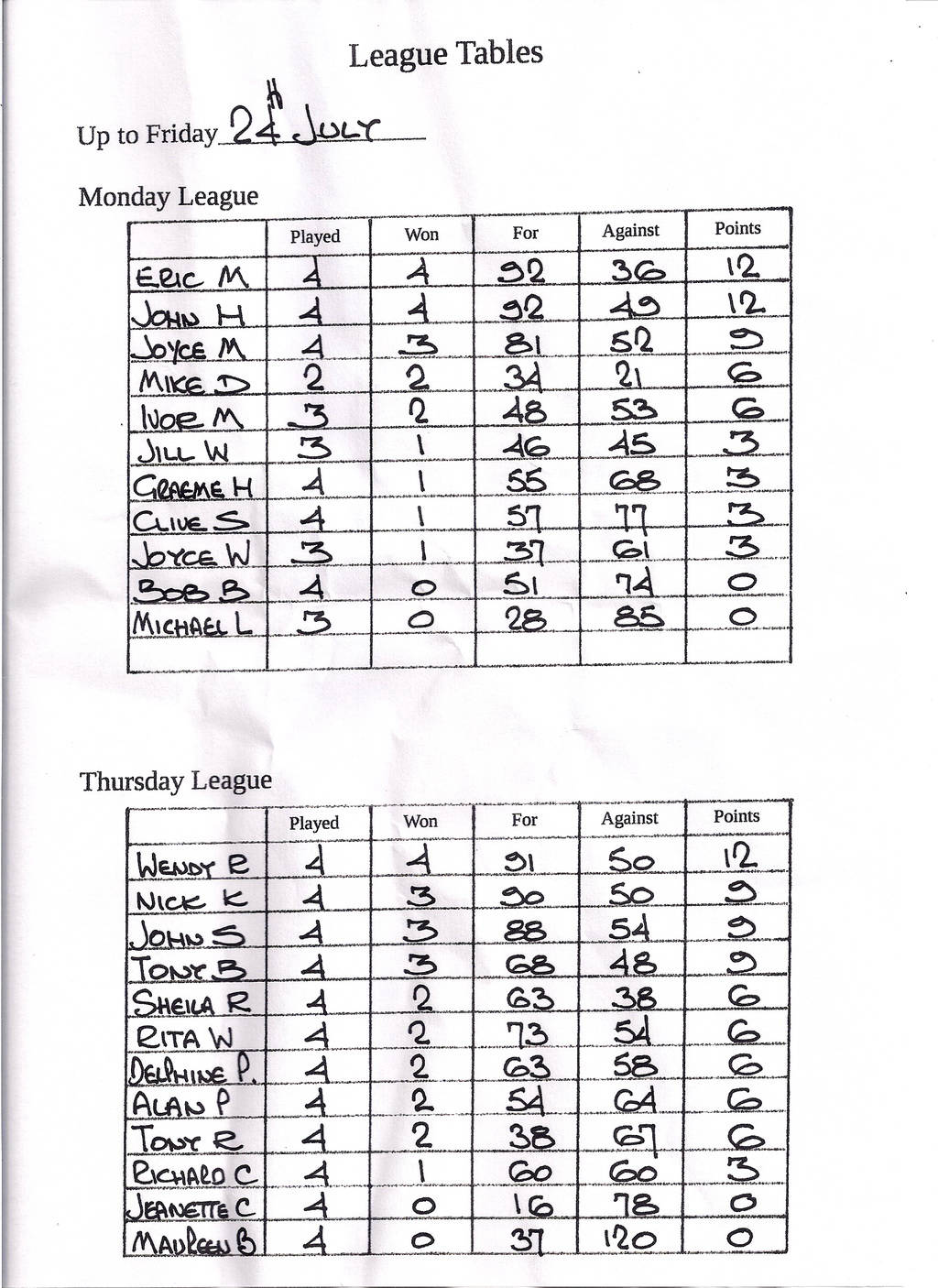 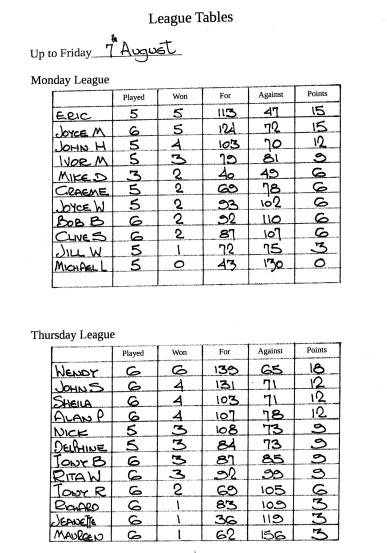 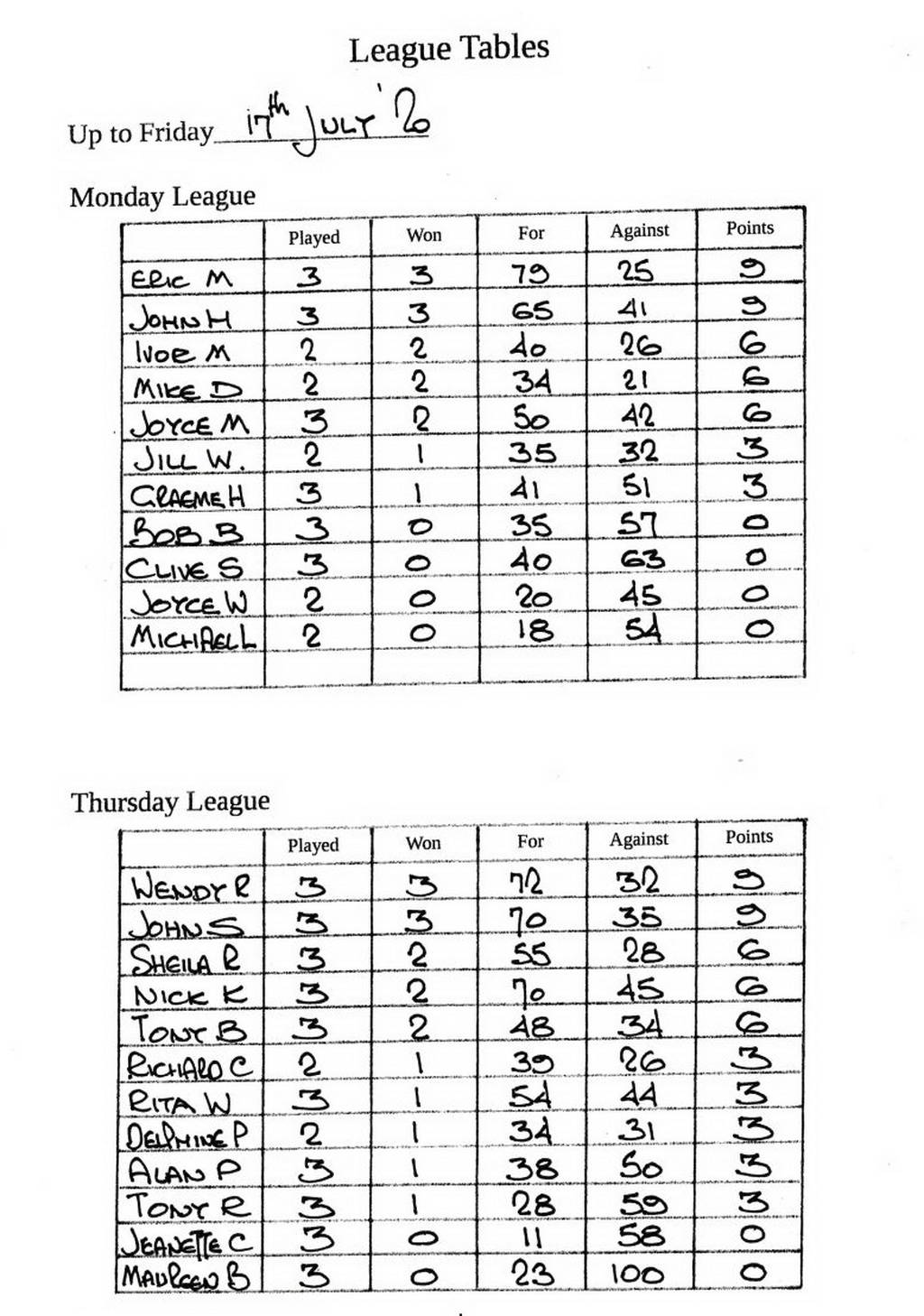 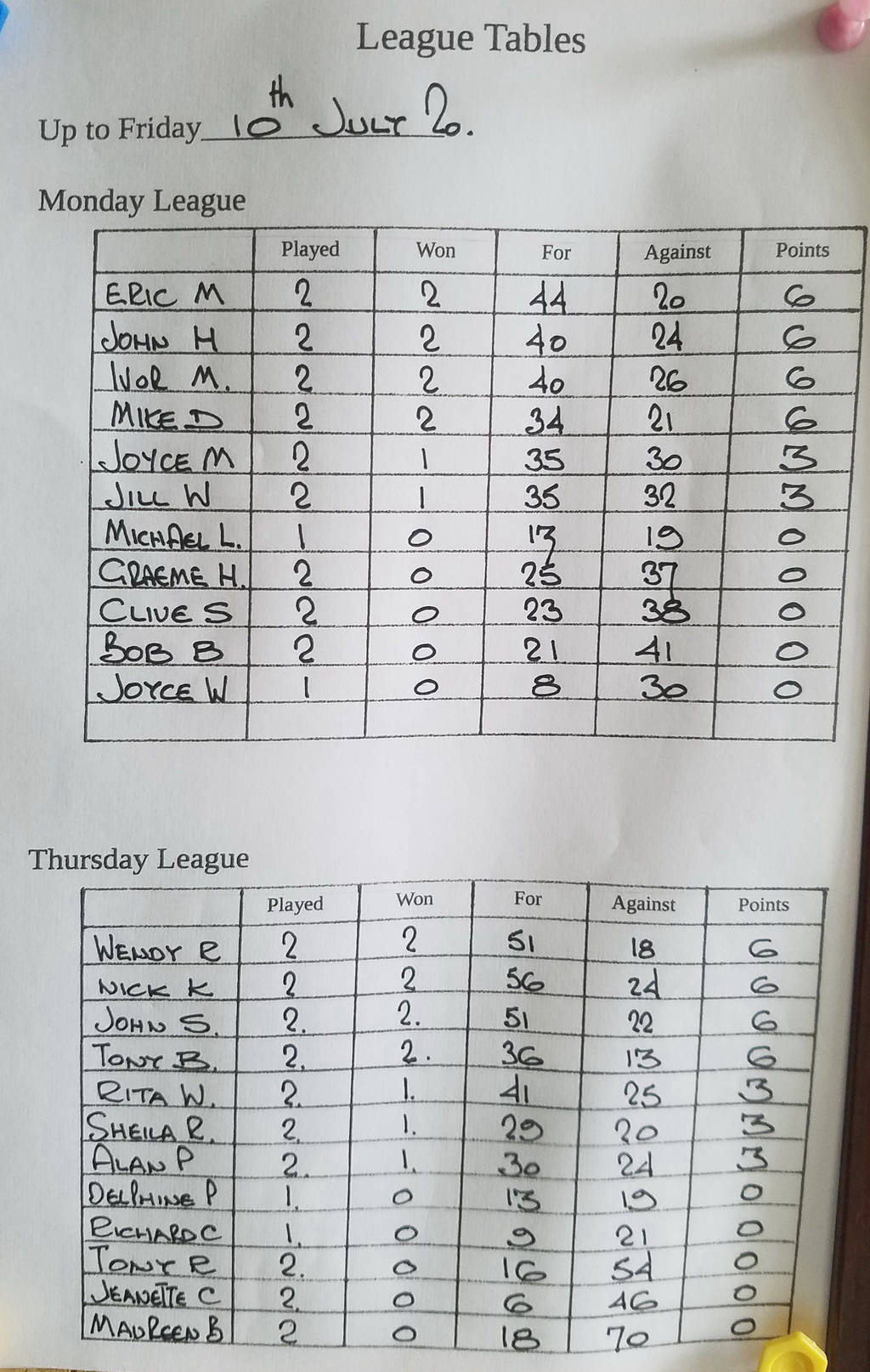 
The main purpose of forming the leagues is to give us all a chance of just turning up and playing for the next 11 weeks.
Unfortunately, due to covid19, we have to adapt the rules to comply, but they are the same for everyone.
Now our own rules for the league :
Each game will be over 20 ends.
Scores to be recorded on cards and left in the clubhouse score box. Please do not search through the cards in the box looking for other scores. A league table will be produced each week.
Each player keeps their own score sheet.
Since we have about 2 hours per slot there is no need to stop at 20 ends, you could probably get all 30 ends played in that time, but it's only 20 ends that count for the league.
Each player is responsible for the mat and jack at 1 end only.
Toss of coin for mat                                                 2 (optional) trial ends
Whoever wins the toss has the choice of mat position and placement of jack at the far end.
On completion of end, the player responsible for mat and jack at the far end visits the head and determines shots won. The other player remains at the delivery end. The winner of the end then has the call to locate both the mat and the jack. The other player then walks to the newly located mat and the next end commences.
There is to be no measuring , and judgement of eye should suffice . However, if it is too close to call and both players cannot agree, then a player from one of the other rinks can be asked, and their decision is final.
In this format touchers are not relevant so any toucher or long woods that end in the ditch are to remain in the ditch but DO NOT count. If the jack goes in the ditch it's a dead end, to be replayed.
In the event that a match cannot be completed, 10 ends must be played for a result to be registered. If less than 10 ends are played the match is a draw 3points for a win 1point for a draw
In the event of a “washout” please make every effort to play a re-arranged match as soon as possible
If the league ends in a tie on points at the end of the session, the player who has won the most games will be declared the winner. If still a tie, points difference will decide.
If a player leaves the league and a replacement can be found, they will play to the end of the season, so all players get a full complement of games, but points would not be awarded for the replacement games.
Likewise any previous points associated with a leaving player would be withdrawn.
Dress code : White top – no jeans.           Unfortunately the changing rooms are still unavailable.

Made with Mobirise ‌